ANCE
National Standardization and Certification of the Electrical Sector Association Col. Fuentes de Tecamachalco Naucalpan de Juarez C.P. 53950, Edo. de Mexico ANCE performs standards functions in Mexico which are similar to those of ANSI in the United States and CSA in Canada.

Arc Resistance
Measures electrical-breakdown conditions. Arc resistance is measured as time, in seconds that it takes for an electrical current to arc across a distance along the insulating surface. The higher the value, the greater the resistance to break down.

Attenuation
A measure of the ability to contain or repel EMI/RFI energy.

Bonding
Establishing a low impedance conducting path between conductors in an electrical system.

BTU
British Thermal Unit. A measure of the amount of heat required to raise the temperature of 1 lb. of water 1°F. This unit is commonly used to rate air conditioning capacity.

CANENA
Council for Harmonization of Electrotechnical Standardization of North America, harmonizes standards among Canada, Mexico and the United States.

Composite
The combination of reinforcing fibers, usually glass or carbon, and a polymer resin. The fiber reinforcement provides physical properties which exceed the resin alone.

Compression Set
A physical property of gasket materials, the difference between the initial height of a never compressed gasket and the same gasket after being compressed for a given time period divided by the original height and expressed as a percentage. A lower number is desirable.

Compressive Strength
Describes how much weight a non-moving, specified size and shape a material can withstand before crushed. Compressive strength is measured in thousands of pounds per square inch. Higher numbers indicate stronger materials.

Conduction
1. Electrical — The flow of electrical current in a material. 2. Thermal — The transfer of kinetic energy from one molecule to another as heat flows from a hot area to a cold area.

Continuity
A low impedance conducting path between conductors in an electrical system.

Convection
The transfer of heat by mixing fluids, either naturally or forced as by a fan or air conditioning.

Cover
The unhinged portion of an enclosure that closes
an opening.

Deflection Temperature Under Load (DTUL)
Measure the temperature at which a material deflects a given amount under a given load. It was developed for thermoplastic materials which soften considerably when heated. It has a relatively little value as a design figure for reinforced thermosetting polymers.

Density
Is the weight of a materials per unit volume. It is measured in pounds per cubic foot (lbs./cu. Ft). Higher numbers indicate heavier materials.

Design Test
Tests to confirm performance of a product designed to an applicable standard, not intended to be a production test.

Dielectric Strength
Is an indication of the electrical strength of a material as an insulator. The specimen is placed between heavy cylindrical brass electrodes that carry electrical current. For short-term tests, the voltage is increased from zero to breakdown at a uniform rate. Breakdown by these tests means passage of sudden excessive current through the specimen; it can be verified by instruments and visible damage. The dielectric strength of an insulating material is the voltage gradient at which electric failure or breakdown occurs. The dielectric strengths of materials vary greatly with several conditions such as humidity and geometry. Is is not possible to apply the standard test values directly to field use unless all condition, including specimen dimension, are the same. Because of this, the dielectric-strength test results are of relative rather that absolute value as specification guides.

Door
The hinged portion of an enclosure that closes
an opening.

Electromagnetic Emission
Electrical energy radiated into the environment intentionally by an antenna or incidentally by an electronic component or power equipment during a switching operation.

Electromagnetic Field
Invisible fields which surround energized conductors such as wires and antennas. A field has both electric and magnetic components.

Electromagnetic Immunity
The capability of an electronic component or electrical equipment to perform its intended function in the presence of external electromagnetic fields.

EMI
ElectroMagnetic Interference. Randomly radiated electrical energy which varies in frequency and intensity and is coupled to electronic systems with undesirable results. Sources include power lines, high voltage equipment, switches, relays or any device that generates an electric spark or corona.

EMC
ElectroMagnetic Compatibility. The ability of electronic equipment to perform its intended function in the presence of EMI and RFI disturbances without affecting proper operation.

EMP
ElectroMagnetic Pulse. Interference caused by a large and sudden electrical discharge such as lightning.

Flammability
94V-0 is a rating which is used to establish the flammability of enclosure materials. It is performed by exposing a specimen of the material in a vertical position to a flame and determining if it burns and for how long it continues to burn after the flame is removed.

Flexural Strength
Also known as bending strength. It describes how much of a non-moving weight can be applied before a materials yields or breaks. It is measured in thousands of pounds per square inch. Higher numbers mean the material is stronger and can withstand a heavier load.

Grounding
Intentionally establishing a low impedance current path between conducting materials at the same potential, not necessarily energized, of an electrical system and the earth at zero potential. Grounds are extremely critical to protect equipment and personnel from electrical shock.

Hazardous Area
Area where electrical equipment is installed and ignitable flammable gases and vapors; flammable and combustible liquids; combustible dusts or ignitable fibers and flyings are or could be present. See National Electrical Code, Articles 501-505 and 511-517.

Heat Deflection Temperature
The temperature at which a composite specimen begins to deflect when exposed to a prescribed load.

hz, hertz
The measure of frequency, defined as one cycle/sec.

Indoor Locations
Areas which are protected from exposure to the weather.

K Factor
A measure of the effectiveness of a material as a thermal insulator. It represents the quantity of heat which can pass through one square foot of material in one hour for every degree Fahrenheit of temperature difference across one inch of material thickness.

Mhz, Megahertz
A measure of frequency, defined as one million cycles/sec.

Mold Shrinkage
Is the difference in dimensions between the cold mold and cold part.

Non-hazardous Areas
Area where electrical equipment is installed and ignitable flammable gases and vapors; flammable and combustible liquids; combustible dusts or ignitable fibers and flyings are not present. See NEC Articles 501-501 and 511-517 as well as the above definition of Hazardous Areas.

Non-ventilated
Constructed so as to provide no intentional circulation of external air through the enclosure.

Ohms per Square
A measurement unit for electrical continuity of the metal coating applied internally to fiberglass enclosures for EMI/RFI shielding. The surface resistance (conductivity) measurement is without units because the surface areas does not influence the reading, i.e., measurements will yield the same result over 1 in2, 1 cm2 or 1 m2.

Outdoor Locations
Areas which are exposed to
the weather.

Seamless Gasket
The polymer gasket which is automatically dispensed and chemically reacts to form a gasket which has no seams.

Strip Gasket
The neoprene material which is cut in strips and attached to the enclosure with an adhesive.

Tensile Elongation
When a specified size and shape bar of a material is pulled, it gets longer. Elongation tells how much longer it gets before it breaks.

Tensile Modulus
Measure of the ability of a material to withstand load without permanent deformation. It is normally measured as the slope of a the straight line portion of a plot of stress vs. strain. Is is measured in millions of pounds per square inch.

Tensile Strength
Describes how much of a non-moving load a material can withstand before it no longer returns to its original length upon removal of the load. Tensile strength is measured in thousands of pounds per square inch. Higher numbers indicate materials which can withstand a stronger pull before failure.

Thermal Conductivity
Known as the K factor. It measures the transfer of heat from one side of a material to the other side. It is measured as BTUs per hour per unit area (square feet) for a thickness of one inch and a temperature difference of one degree Fahrenheit between both sides of the material in the same amount of time.

Thermal Radiation
The transfer of energy by electromagnetic waves.

Thermoplastic
A polymer which becomes solid when the temperature falls below its melting point. A thermoplastic polymer, once cured, can be reheated, melted and shaped into something else.

Thermoset
A polymer which is cured at a given temperature, an irreversible chemical reaction. A thermoset polymer, once cured, cannot be heated again and shaped into something else.

Torque
Torque is the tendency of a force to rotate an object about an axis. Just as a force is a push or pull, torque can be thought of as a twist. The unit of measure is generally expressed in foot pounds or inch pounds.

UV
Ultraviolet Light. The component of sun
light above the visible spectrum that affects polymer materials in long term exposures.

Ventilated
Constructed so as to provide for the circulation of external air through the enclosure to remove excess heat, fumes, or vapors.

Volume Resistivity
Is the electrical resistance between opposite aces of a unit cube (1 cm to the 3rd power) of a given material. This resistance is expressed in ohms. Higher values indicate greater insulating qualities.

Water Absorption
A physical property of materials. A specimen of the material is weighed, placed in water for 24 hours and reweighed. The difference between the initial weight and the weight after water exposure is expressed as a percentage. 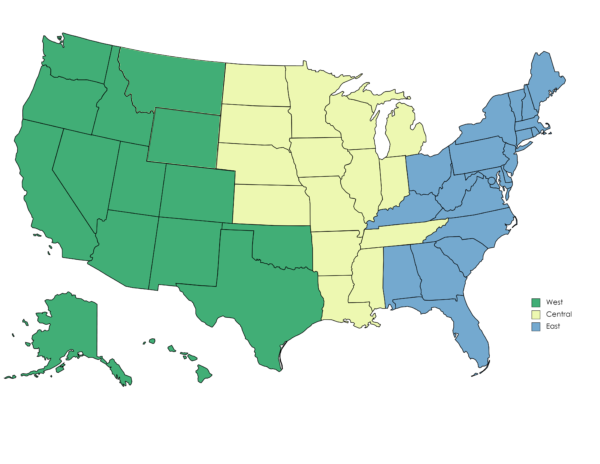